How one of the world’s largest retailers consolidated five, disparate data systems into a single source of truth and sped up the financial decision-making process from four hours to just five minutes 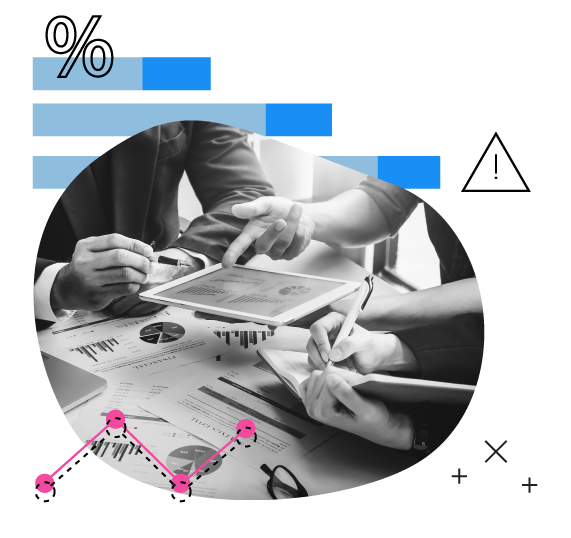 One of our partners noticed an alarming trend; too many critical, Executive-level decisions were made without all of the supporting data needed to inform such decisions. The data itself was suspect, and the financial reporting systems hadn’t yet evolved to match the real-time needs of the business. Radical change eventually came via a custom set of executive reporting tools that laid the groundwork for a much faster, accurate financial decision-making process. 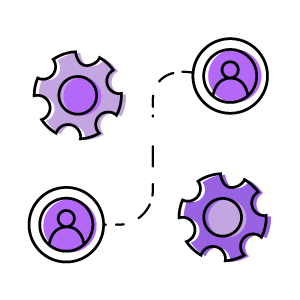 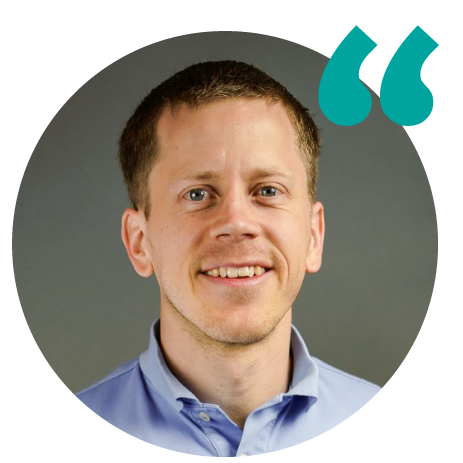 What we heard was, ‘We’re really only able to view aggregated data, which doesn’t tell us anything other than, ‘Hey, we may need to look into XYZ.’ But, because all of that data was housed in separate places and pulling from different systems (which were owned by different people/teams), getting answers to our questions often took days—and sometimes weeks—to find out what was going on.

The Challenge
What We Were Up Against

There was a tremendous desire—born out of an urgent, legitimate need—to significantly improve the accuracy, efficiency, and quality of the financial decision-making process. It quickly became clear that there was a much vision worth pursuing: to create a sustainable, long-term solution that allowed Walmart’s senior leadership to make more well-informed decisions to move the business forward. Doing so meant creating a new system that instilled more confidence in the data, more efficiency in the team, process, and tooling, and, ultimately, more trust in the decision-making process.

The data itself was suspect, and the insights incomplete

Internal teams knew they were fighting an uphill battle; they were struggling to source, identify, and surface the most accurate data and insights to Sr. Directors and Executives on a regular basis. They had reason to question both the accuracy and completeness of the data they were relying upon to make key, financial decisions, and they suspected that they didn’t have access to all of the data points needed in order to get a real-time, accurate view of the bigger picture at any given point in time.
‍
Consequently, analysts often spent 3-4 hours each day just trying to locate the data needed in order to compile their reports. And when analysts did locate the correct data, there were often conflicting stories and insights bubbling up to leadership. What’s more, there was little-to-no guidance at the leadership level to help leaders interpret the data once it was found.

In effect (and largely through no fault of their own), the team’s decision-making abilities had been handicapped by distrust in their own data, unnecessarily tedious and inefficient processes, and, as a result, a utilization of team member skill-set that simply wasn’t sustainable long term.

We quickly found out the existing reporting process was mostly dependent on a manual, repetitive, and tedious daily process. Most days, at least one individual on the team would show up to work early (sometimes as early as 6:00 in the morning) to build the daily financial reports. These reports were then shared with leadership each day as a PDF attachment sent via email.
‍
There were a few issues with this approach: First, the PDF itself was typically between 20-25 pages long and contained little more than descriptive, raw data, which made it nearly impossible for viewers to find the type of actionable, concrete data points and insights that would allow them to make logical deductions and/or decisions quickly. Second, there was simply too much data to sift through, which made it both difficult and frustrating for other leaders who had no other choice but to rely on these daily reports as their singular source of new information. Finally, when there were questions about the accuracy and efficacy of the data itself (a common occurrence), the answers often took days—and sometimes weeks—to track down. 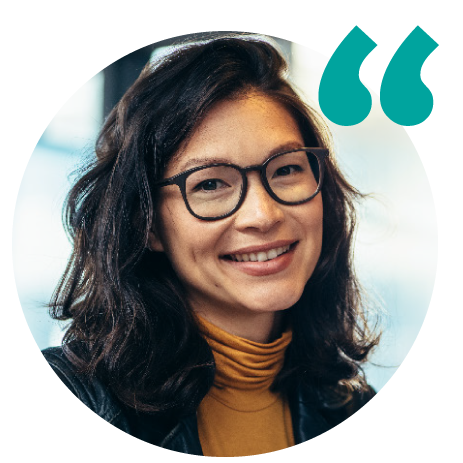 It would be nice if I could spend less time scrubbing data and more time providing strategic insight.

We noticed a few other critical issues, too
01—
The team was often hampered by inconsistent data quality and accessibility

There were data issues at an organizational level that complicated matters. The resulting “trickle down” effect meant that the team then had to locate and effectively manage multiple data streams, many of which had their own distinct point of origin. What’s more, the available data did not paint a complete picture. That is, there were other necessary data sets floating around that had yet to be found, catalogued, and centralized into a single source of truth.

The PDF reports, by their very nature, only allowed for basic, static comparisons of limited data sets. Even so, such comparisons were incomplete, which limited the usefulness of the reports. So, while the ability to compare and analyze historical data was sorely needed, it wasn’t something that could be done easily, quickly, or uniformly.

The team relied heavily on data tables to present information within existing reports. Doing so not only led to “data fatigue,” but overusing tables—especially when presenting large volumes of data—overwhelmed viewers, making the reports both difficult and time-consuming to review.

How We Tackled the Challenge, Together
Phase 01: Research + Prototyping 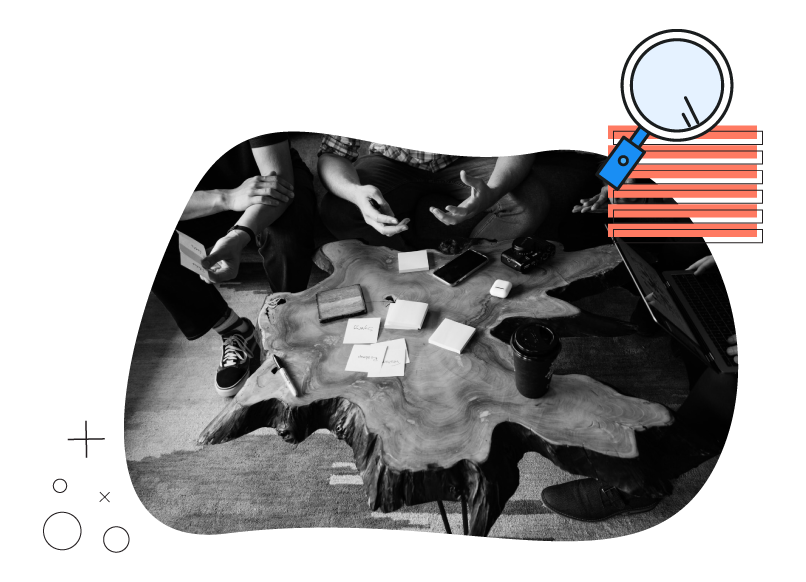 → Assemble a mental model to better understand the unique needs of the various participants involved in the financial decision-making process
‍
→ Document existing financial reporting processes, including key data dependencies and all existing systems, tools, and workflows
‍
→ Create a prototype that could be used to test initial hypotheses, elicit additional user feedback, and drive more meaningful conversations between a variety of necessary teams 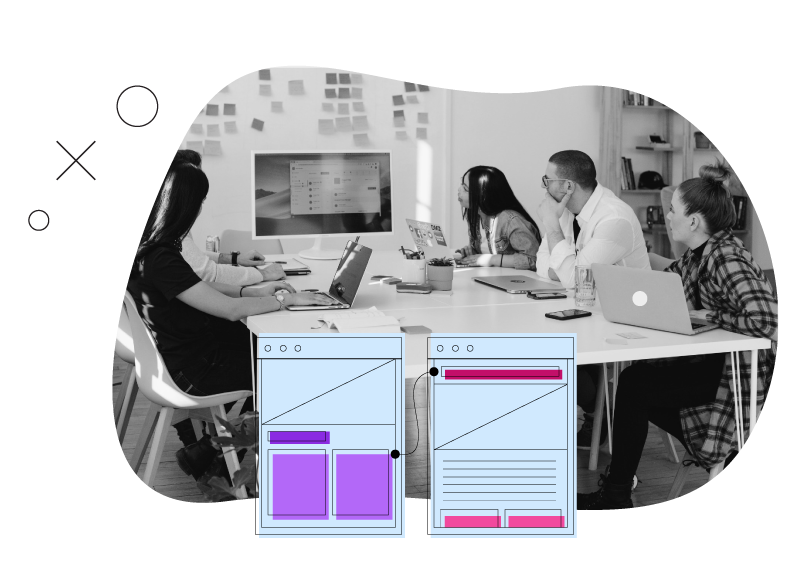 → Test all critical components prior to launch, work with various teams to ensure efficient rollout across the organization 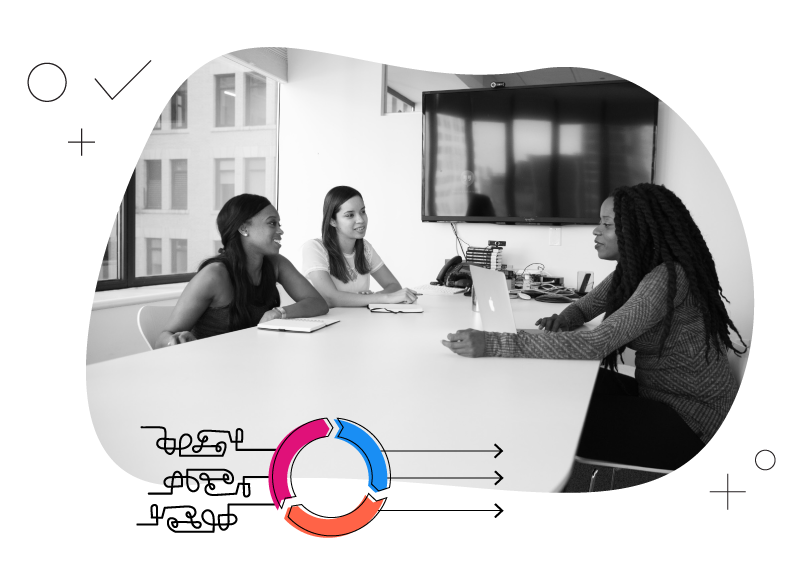 First, we designed and implemented a set of key data and process improvements that allowed the team to transition all financial reporting from static PDF reports to a centralized, dynamic digital platform. In doing so, we first designed and built the data architecture which was needed to consolidate more than 35 disparate data sources into a single source of financial truth for senior leaders. In addition, we jointly designed a set of foundational data governance practices and policies which were then implemented so as to create standards for how key financial data was to be collected, stored, and utilized by the team.
‍
Second, we designed and built a set of intuitive, executive-level dashboards that made it possible for senior executives to view, sort, filter, analyze, compare, and explore critical, real-time financial data at their own pace and on their own time (as opposed to the days or weeks-long back-and-forth that often accompanied questions or requests to other analysts and teams). What’s more, for the first time, the set of custom dashboards created a level playing field, standardizing the reporting process and ensuring that all critical decision-makers were working with the same, accurate data. 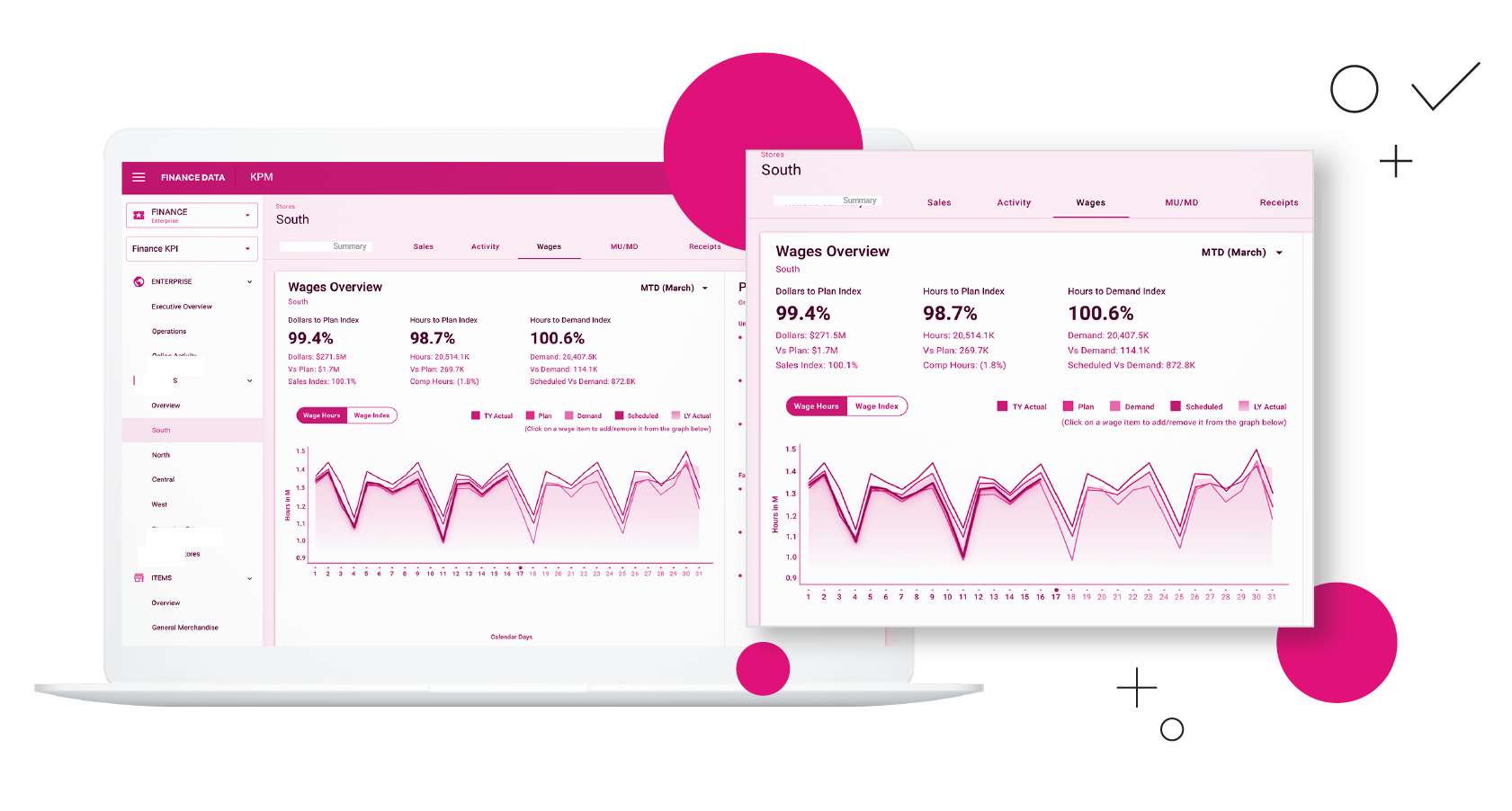 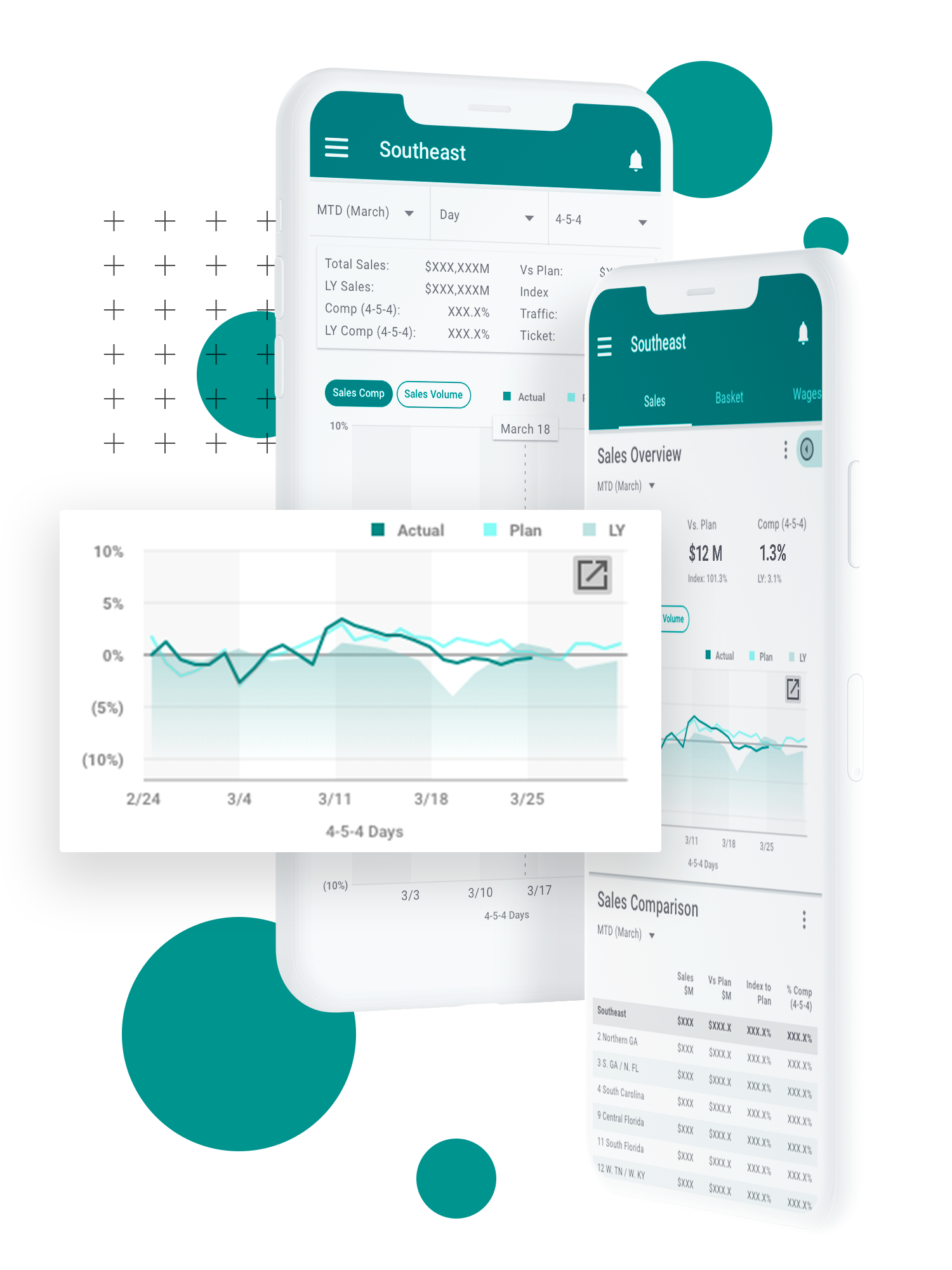 The new financial reporting system, including the processes, tools, data, and dashboards are now used by more than 600 leaders across the globe on a daily basis.

What We Accomplished Together

Consolidated five legacy systems into a single source of truth

Meet the leadership team at RevUnit. 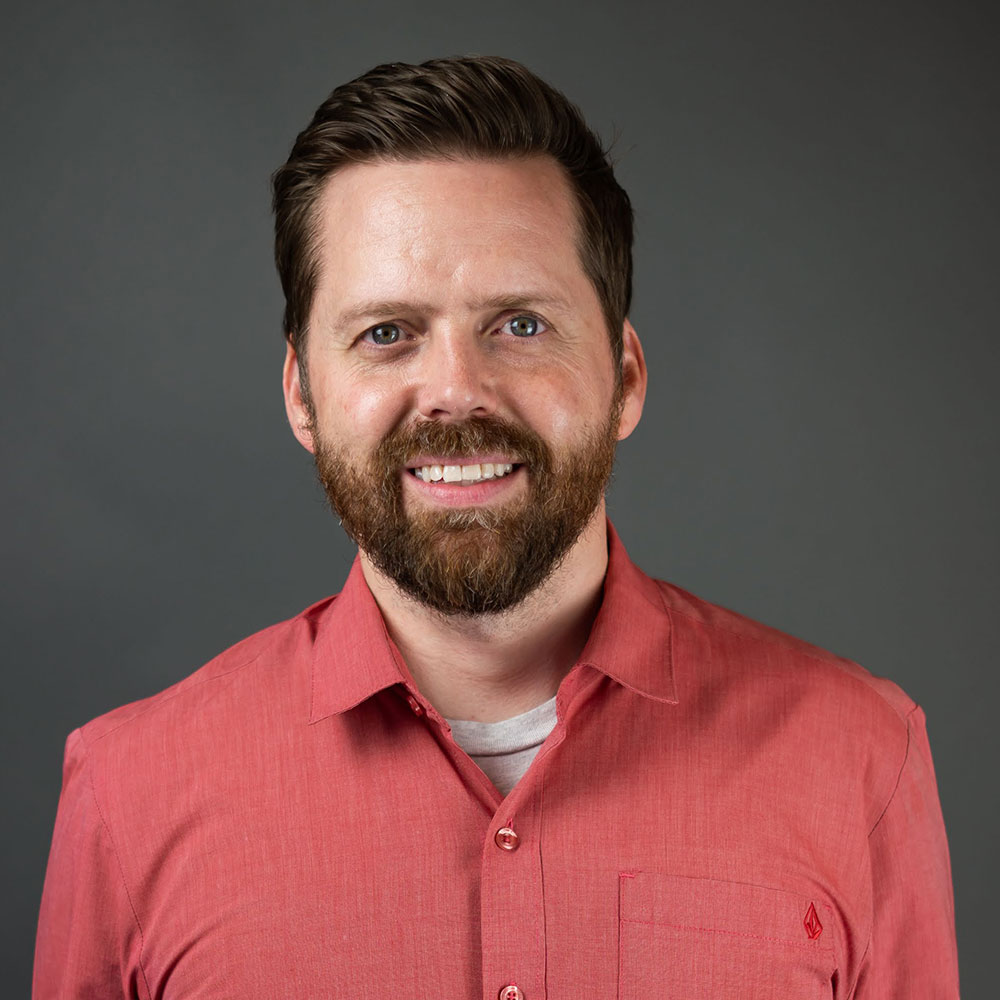 Josh aligns leadership goals across the organization, and works diligently on growing RevUnit into a world-class digital solutions provider for the future of work.
‍
You’ll likely catch him collaborating with a team on client work with a Rockstar energy drink in hand, or whiteboarding ideas — sometimes simultaneously. 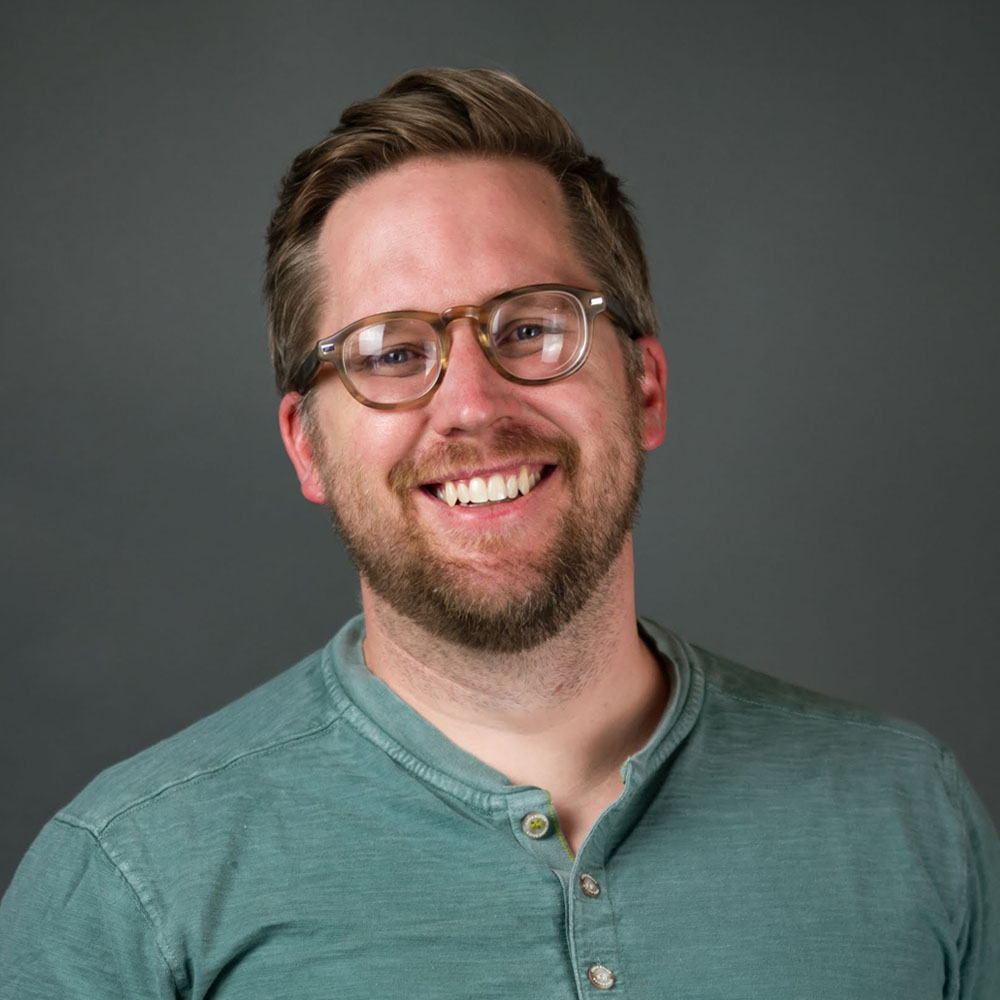 As if founding a company isn't enough, Joe also owns a farm and brings in fresh eggs for the Bentonville office every once in a while. 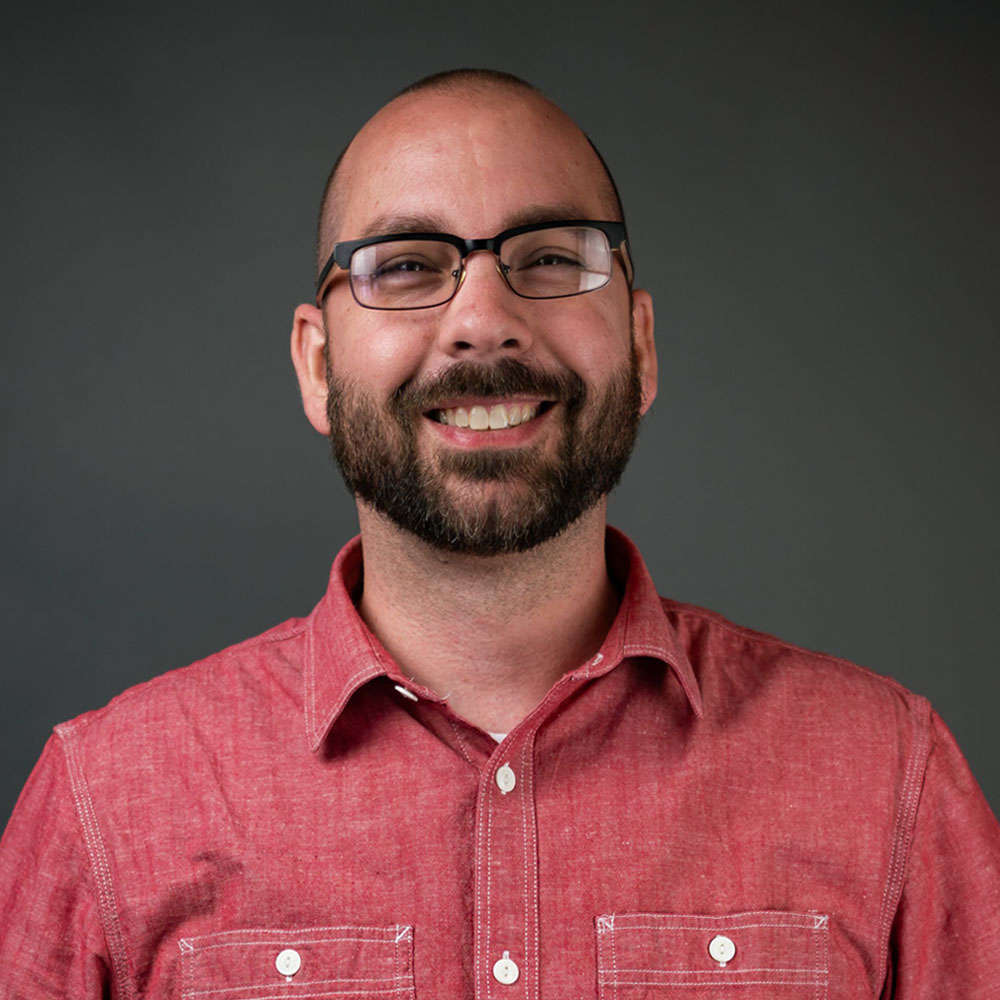 As a Co-founder, Michael has been at RevUnit from the beginning, which means he’s done just about everything from writing code, to taking out the trash, to leading RevUnit’s Marketing efforts.
‍
That extends to his competitive life, too. Michael won a meat eating competition in college and placed 3rd in his 8th grade math competition. His next goal: Beat Will in a game of NBA Jam. 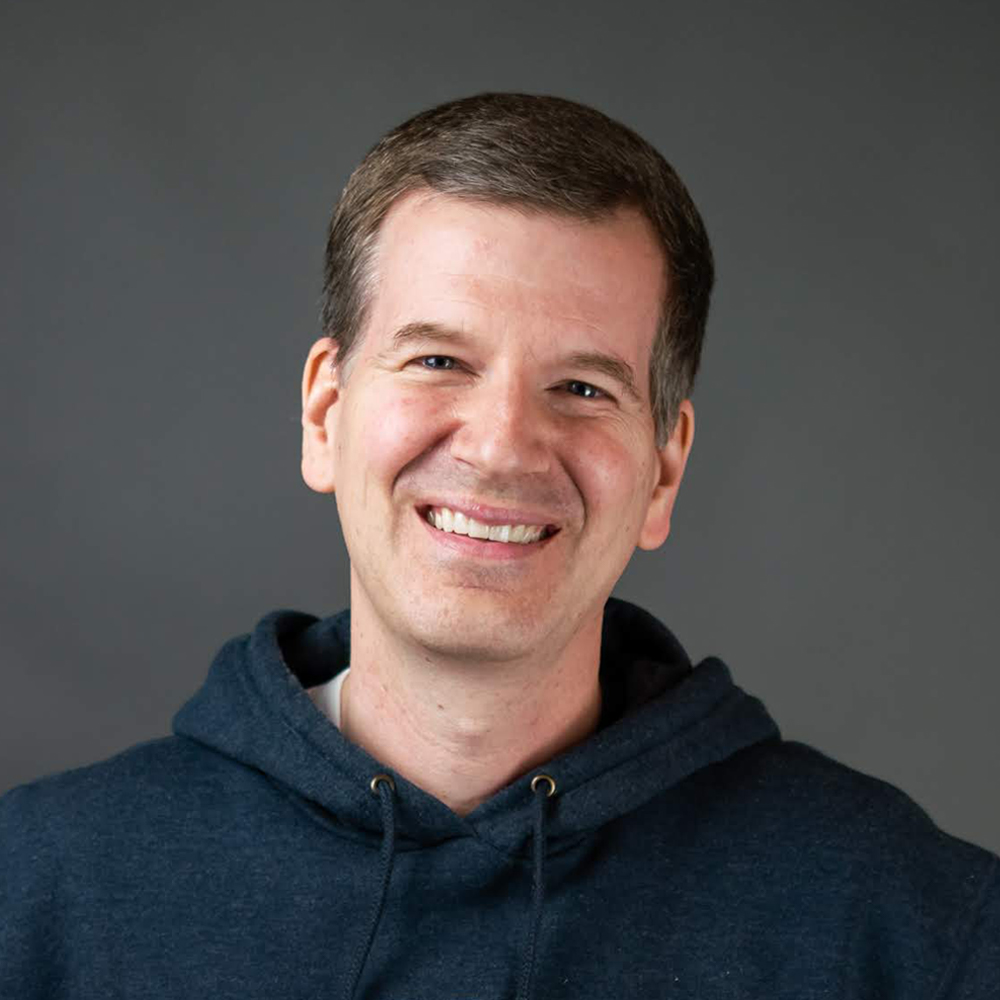 Brian is a CFO, technologist, futurist, and exponential leader. He is passionate about enabling performance through building an exponential organization (ExO).
‍
As our resident Renaissance Man, Brian also speaks fluent French, has unbeatable ping pong skills, and runs a local chapter of Singularity University. 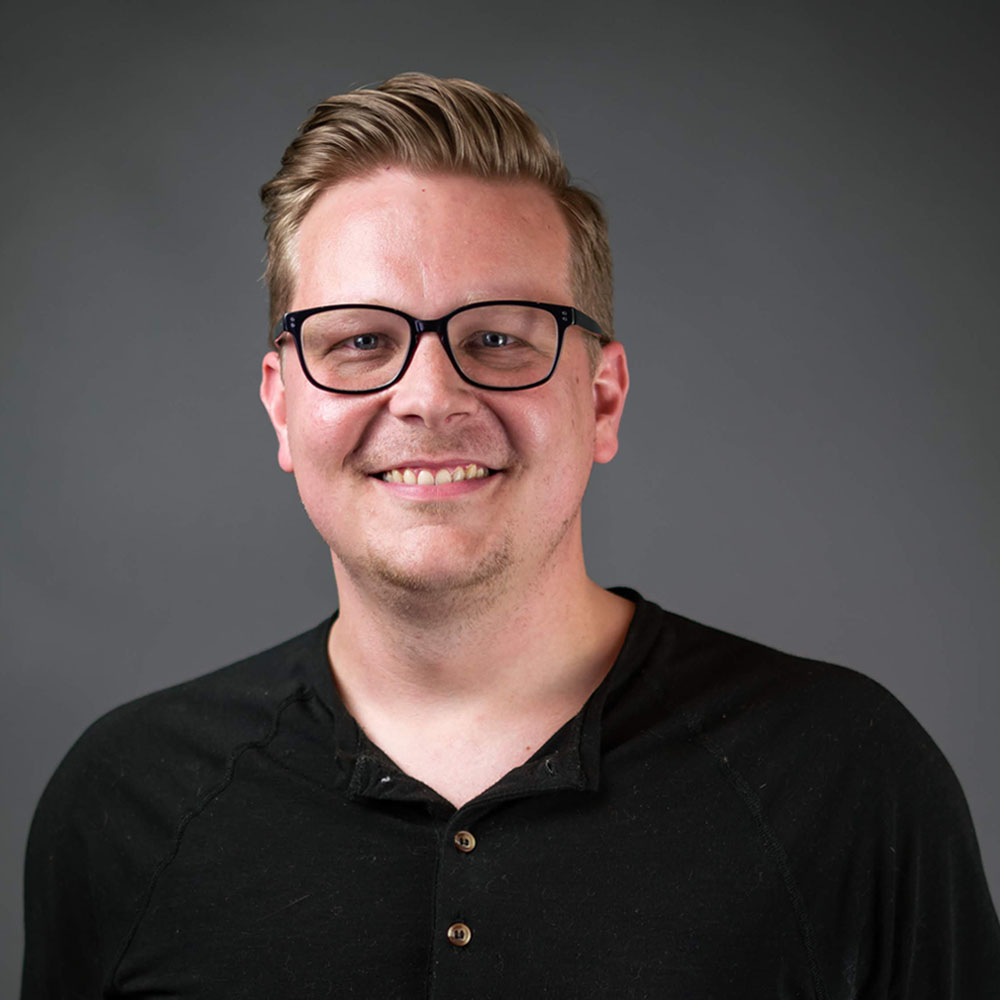 Joe is focused on leveraging the power of design and systems-thinking to empower people. He’s dedicated to helping people leverage those capability to make meaningful differences in the world.
‍
When not at work, Joe spends his time woodworking and fixing up his motorcycle. He just started wearing a leather jacket to reflect his alter-ego. 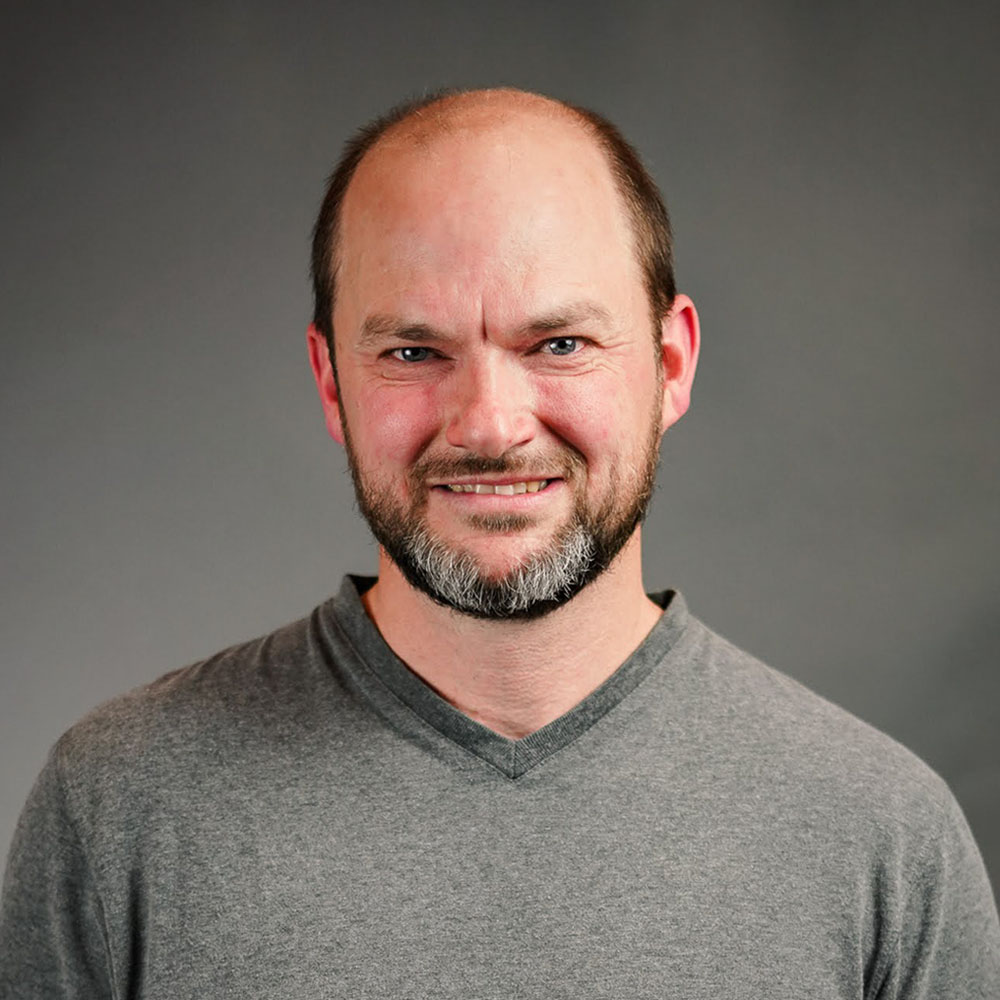 Will heads up the technology team. His ultimate goal: bolstering our ability to help our enterprise clients leverage technology to solve their most pressing business challenges.

Will likes to play NBA Jam on our arcade machine for a break at work, and you can often hear his yells across the office. He’s always on fire.

Because of the kind of work we do, we have to be sensitive about what all we share.
‍
You can request more detailed case studies below.

Thank you! Someone on our team will reach out to you shortly.
Oops! Something went wrong while submitting the form.